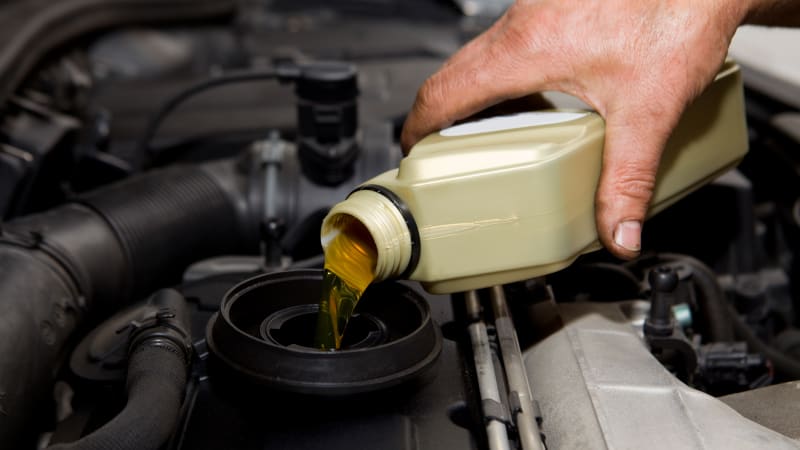 Quick: synthetic or conventional, which is the better oil? Many gearheads will swear by synthetic oil, while more frugal car owners may opt for conventional due to its lower price and the fact it still meets minimum standards. Such opinions aren’t really backed by much independent scientific research, and that’s why AAA did a study of synthetic and conventional oils from five randomly selected brands to figure out if there are any differences.

The automotive organization ran through a variety of tests analyzing how temperature, mechanical shear, and other variables affected viscosity. It also tested the oils for volatility, which the organization explains could have implications for oil usage due to evaporation, and propensities for leaving deposits and oxidizing. When it came to maintaining viscosity in different temperatures and under stress from mechanical shear, synthetic oils, on average, performed significantly better than conventional oils. Synthetic oils were also less volatile, and they left fewer deposits. The one area where there wasn’t any significant difference was in how quickly the oils would oxidize.

These results make it clear that synthetic oils generally have an advantage when it comes to engine protection, so if you’re looking to give your car the longest life possible, it’s likely a worthwhile investment. AAA does say that the conventional oil still meets standards for engine oil, so is still fine to use in a car. Also, considering the remarkable array of oil brands and their different lines of oils, there is the possibility that a different set of oils would have resulted in a somewhat different results. However, as one of the few independent analyses of the differences between types of oils of which we know, AAA’s test should work as a general guide that’s more reliable than hearsay.

If you want to really go in-depth with the results of AAA’s study, you can check out the full analysis at the company’s website, here. Just click on the link to the report, and you’ll be able to peruse oodles of graphs and technical descriptions.

Courtney Smith
15:35 10 Jul 21
Super polite & professional! We use them all the time for our oil changes. You can’t beat their prices!

Sarah Lane
14:48 06 May 21
Been here several times now. Never had an issue. Half the price of the dealership and only took 10 minutes. Very... friendly service.read more

Madison Pitt
20:30 13 Feb 21
Every time we've come here, it has been a pleasant experience. The guys are quick but thorough, so friendly and... helpful. If you have any questions or requests they're always accommodating. Won't go anywhere else after having been here. Highly recommend.read more

Ganky 44
03:59 07 Feb 21
This is the place to go for quick and easy oil changes! Darrel and Mark are great! They got me in and out in less than... 20 mins, and the price is fair. I wont go anywhere else from now on. Thanks Costa Oil, but especially Thank you to Darrel and Mark who were as helpful and friendly as could be! There is also a car wash in the back with vacuums as well.read more

tim johnston
16:17 06 Feb 21
Friendly service. They even joked with me. Made me feel comfortable. Have dealt with Darrell, Doug, and Mark and... they all treat you with respect. Highly recommend this place. Good price and great service.read more

Anna Hoover
15:58 06 Feb 21
Only place to get your oil changed! Prompt, professional service with a smile. Darrell always makes me feel welcomed... and important. Thanks guys keep up the good work!read more

Nora Johnston
01:07 06 Feb 21
Had my oil change there and was greeted with a smile. Darrell, Mark, and Doug were all very friendly yet very... professional. Great price and great service. Will definitely go back.read more

Sandra Arana
21:51 05 Feb 21
The oil change was very speedy. Darrell and Mark took great care of our car. The customer service was wonderful. New to... town and so lucky to find such a gem. update: 2021 And ready for Costa oil to tend to my car needs. polite and great price these guys can't be any better!read more

Dominic Miranda
15:15 05 Feb 21
BEST OIL CHANGE SHOP IN TOWN WITH THE BEST EMPLOYEES!! Darrel and mark always go above and beyond and alert me to... anything they see out of the ordinary underneath my car would 100% recommend and will never use any other place and that’s a fact!!read more

SILLKG
02:57 02 Feb 21
This is by far the nicest and most courteous staff I've ever encountered. Had my oil change done in less than 10... minutes and they didn't try and sell me a whole bunch of services other than what I came there for. I will be going to them from now on for any of my other vehicles oil changes and recommend you go as well. Can't beat this Groupon!!read more

Klynn Jewell
21:34 03 Jan 21
These gentlemen were extremely courteous and professional with me this morning. This was the first time I used this... place, and I have to say, they have won my business from my previous oil change place. Not only were they kind and topped off all my fluids, they were super quick and efficient. HIGHLY RECOMMEND!read more

Noel Stanger
16:12 05 Sep 20
We like this place a lot. My husband and I both get our oil changed here, and they are very friendly, professional, and... efficient. Highly recommend.read more

Kevin Dill
18:25 03 Sep 20
Went in today and guys there were nice and very helpful. Will use them again next time I need an oil change. Thank... you.read more

Tanya Crace
07:11 01 Sep 20
Waited for over an hour and then the gentleman came out to say the computer had been down for quite sometime. If he... seen me and others in line why not say something sooner. Also told me to go to other location well that would have been fine if he would have came out sooner like I stated, knowing you all closed at 6.read more

Iced White
10:45 02 Jun 20
In and out. Extremely respectful of my time. Good Prices. Friendly Service. Mark; who serviced my vehicle was helpful... and knowledgeable. When I asked him what Oil he thought was right; he went and looked it up. Will always use them every time. Highly Recommend.read more
Next Reviews